A rare lesion that mimics a bone tumor: Osseous hydatidosis

Objectives: This study aims to evaluate the symptoms, skeletal manifestations, and management of patients with tumor-like osseous hydatidosis treated in our oncology clinic in the long term and to share our clinical experience with this extremely rare disease.

Patients and methods: Between December 2010 and May 2019, a total of 11 patients (6 males, 5 females; mean age: 45.1±13 years; range, 22 to 70 years) who were treated with a bone hydatid cyst (HC) and followed were retrospectively analyzed. Epidemiological, clinical, diagnostic, and therapeutic data of the patients with long-term follow-up were collected.

Conclusion: The diagnosis of osseous hydatidosis is difficult and the prognosis is often poor. This entity should be kept in mind for the differential diagnosis of the cystic or tumoral lesions of the bone.

Osseous hydatidosis (Echionococcosis; hydatid disease) is a parasitic and zoonotic disease caused by larval forms of the Echinococcus tapeworms. Endemic regions include rural areas of Mediterranean countries, South America, Eastern Europe, Central Asia, East Africa, China and Russia.[1,2] Liver and lung are the commonest sites affected, and bone involvement is often asymptomatic. Only 0.2 to 3% of all cases of hydatid cysts (HCs) affects bone.[3] Primary hydatid disease of bone is presumed to occur, when a blood-borne scolex passes the filters of the liver and lung, enters the arterial tree, and is carried to a bone. This explains its rarity.[4]

Treatment of bone involvement is challenging. Symptoms associated with bone HCs are not specific, can be insidious and often missing, making the correct diagnosis difficult and sometimes overlooked until the disease is in its late stages.[4-6] Skeletal cystic Echinococcosis (CE) may mimic tumors and inflammatory conditions. Erosions and destructive changes in bone can resemble primary malignancy of bone or metastasis from elsewhere. The parasite grows in the direction of least resistance, destructing the bone like a tumor, with a risk of pathological fracture.[6,7] Due to the invasive nature of this infection, surgical treatment may not be very successful in eradicating the parasite, and recurrence rates are reported to be as high as 48%.[8]

In the present study, we aimed to evaluate the symptoms, skeletal manifestations, and management of patients with tumor-like osseous hydatidosis treated in our oncology clinic in the long term and to share our clinical experience with this extremely rare disease.

This single-center, retrospective study was conducted at Dr. Abdurrahman Yurtaslan Ankara Oncology Training and Research Hospital, Department of Orthopedics and Traumatology, which is a referral center for bone and soft tissue tumors between December 2010 and May 2019. A total of 11 patients (6 males, 5 females; mean age: 45.1±13 years; range, 22 to 70 years) who were treated with bone HC and followed were included.

Data obtained from medical records included the age at the moment of diagnosis, sex, and presence of skeletal complications, localization of HC, bone comorbidities, and diagnosis based on radiographies. Cases were considered as osseous hydatidosis, when the pathological examination confirmed with a definitive diagnosis of HCs located in bone, and were included in the data study. For each patient epidemiological data (age at the time of diagnosis, sex), characteristics of osseous CE (location, number of sites involved, concomitant CE in other visceral or soft tissues), clinical presentation by bone location, how the disease was first diagnosed, treatment (antiparasitic treatment, drugs administered, duration, surgical treatment), follow-up (mean follow-up, complications after surgery, clinical outcome and complications) were recorded in a data sheet.

The diagnosis was made with clinical, radiological and laboratory information. In uncertain cases, the diagnosis was confirmed by biopsy (Figure 1). During surgery, the cystic structure containing daughter vesicles were carefully removed without spreading. The cyst fluid was aspirated with an aspirator and the cyst was removed from the hydatid bone lesion area. After careful examination and removal of echinococcosis in all affected areas, 20% hyperosmotic sodium chloride (NaCl) solution was injected into the space and allowed to soak for 15 to 30 minutes. The remaining space was, then, washed with 0.9% NaCl solution after absorption. In addition, the adjuvant effect of polymethylmethacrylate (PMMA) was used.

Statistical analysis was performed using the IBM SPSS for Windows version 22.0 software (IBM Corp., Armonk, NY, USA). Descriptive data were presented in mean ± standard deviation (SD) or median (min-max) for continuous variables and in number and frequency for categorical variables. Normal distributions for continuous variables were assessed using the visual (histograms and probability graphics) and analytic methods (KolmogorovSmirnov and Shapiro-Wilk test). In the data that do not fit the normal distribution, the Mann-Whitney U test was used for comparison analysis between the two independent groups and the independent sample t-test was used for the data that fit the normal distribution. Comparison analyses for categorical variables between independent groups were done using the chi-square test. Survival analyses were performed using the Kaplan-Meier methods and log-rank test. A p value of <0.05 was considered statistically significant.

The mean follow-up was 63.2±23.9 (range, 24 to 101) months (Table I). The most common site of bone hydatidosis was the femur in four (36%) patients. The most common clinical presentation was pain in seven (63.6%) patients. Two (18.2%) patients had a pathological fracture of the femur (Figure 2). It was detected incidentally in two patients. Contact history was present in two patients (with dog), and two (18.2%) patients had concomitant extraosseous CE in the liver. Complete blood count analysis was performed in all patients and eosinophilia was positive in three (27.3%) patients. As treatment, curettage cementation was performed in nine patients (internal fixation was also applied to five of them), while wide resection and prosthesis were applied to two patients (Table II).

Table 1. Mean age and follow-up period of the patients
× 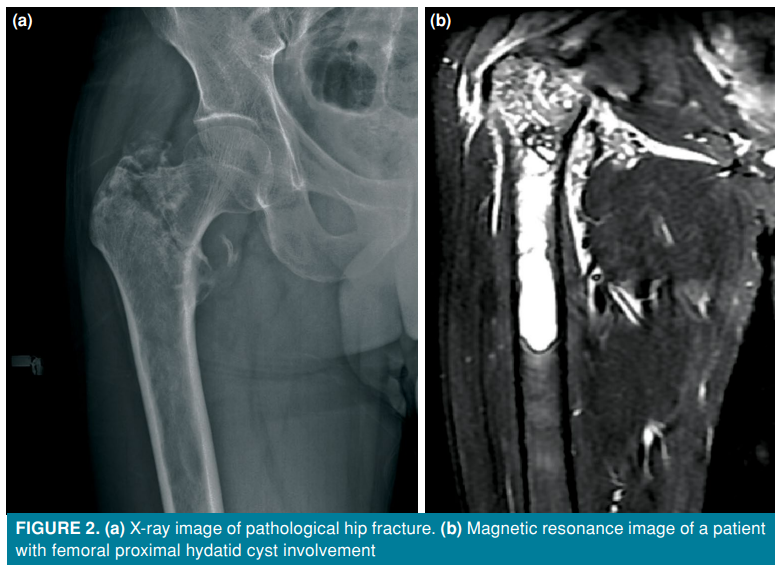 Table 2. Demographic dat of the patients
×

Skeletal HCs are an unexpected differential diagnosis of bone tumors and difficult to diagnose as symptoms are similar to the bone malignancy.[6] Mostly, case reports of bone echinococcosis have been reported in the literature.[5,7] Cystic echinococcosis of the bone is one of the rarest forms of the disease, but is also extremely debilitating for patients and difficult to manage for clinicians, and there is currently no expert consensus on the management of bone CE. In a multi-center study conducted in Europe, a total of 32 patients from eight different centers (University of Pavia Italy: n=9, Carol Davila University Romania: n=6, San Bortolo Hospital Italy: n=2, Hospital Sacro Cuore Italy: n=1, Careggi University Hospital Italy: n=2, University Hospital Heidelberg Germany: n=5, University Hospital Germany: n=3, Hospital for Tropical Diseases United Kingdom: n=4) clinical management data were reported. As an oncology referral center, we presented our experiences and results with 11 patients with CE from a single center.[9]

The most common presenting symptoms in the Cattaneo et al.’s[6] study were pain (56%), followed by neurological deficits (motor or sensory) (37%). In the study of Manciulli et al.,[10] the most common symptoms were pain in the relevant segment, edema (50%) and difficulty walking (50%) in all patients (100%). Similarly, the most common symptom in our study was pain (63.6%). While two (18.2%) patients were admitted with pathological fractures, the remaining two (18.2%) patients were found incidentally.

While Alldred and Nisbet[11] advocated wide resection when treating disease in the long bones, they recommended a more conservative approach while treating disease in the axial skeleton. Booz[12] performed extensive mechanical curettage and scolex to remove macroscopic cysts and advocated chemical sterilization using formalin, 0.5% silver nitrate, or hypertonic saline. They also advocated filling the formed defect with autogenous bone graft. Yıldız et al.[13] considered that anthelmintic treatment, wide resection, and filling the defect with PMMA were the most optimal surgical approach in the bone hydatidosis cases. In our study, we applied aggressive curettage in nine patients and wide resection in two patients. The PMMA was used to fill the gap in nine patients and all patients received oral albendazole 15 mg/kg/day treatment from one month before surgery until the postoperative sixth month.

Many authors have argued that complete elimination of the disease would be possible only with a radical wide resection, and they consider that an incomplete resection is the most important factor for recurrences. While the recurrence rate was 71% in the study by Cattaneo et al.,[6] it was reported as 18% in the series by Pamir et al.[14] We attribute the difference in recurrence rates among studies to the low number of patients in all studies, and the lack of consensus on surgical methods and adjuvant treatments yet. In our study, recurrence developed in two patients (18.2%), and recurrence treatment was also performed with wide resection and hypertonic saline solution (3% NaCl). Therefore, we recommend washing the operation area with hypertonic saline or other scolicidal agents during surgery.

Nonetheless, there are some limitations to this study. First, it has a retrospective nature. Our inability to provide results regarding functional outcome and quality of life is another limitation. Although the number of patients is insufficient to form a consensus about this disease, it provides additional contribution to the body of knowledge, since we share our experiences about a rare disease that takes place as case reports in the literature.

In conclusion, the diagnosis of osseous hydatidosis is difficult and the prognosis is often poor. This entity should be kept in mind for the differential diagnosis of the cystic or tumoral lesions of the bone.

The study protocol was approved by the Dr. Abdurrahman Yurtaslan Ankara Oncology Training and Research Hospital, Ethics Committee (no: No: 2021-06-1153). The study was conducted in accordance with the principles of the Declaration of Helsinki.